Meet the distinguished chefs who will be serving up their delicious creations at the festival. 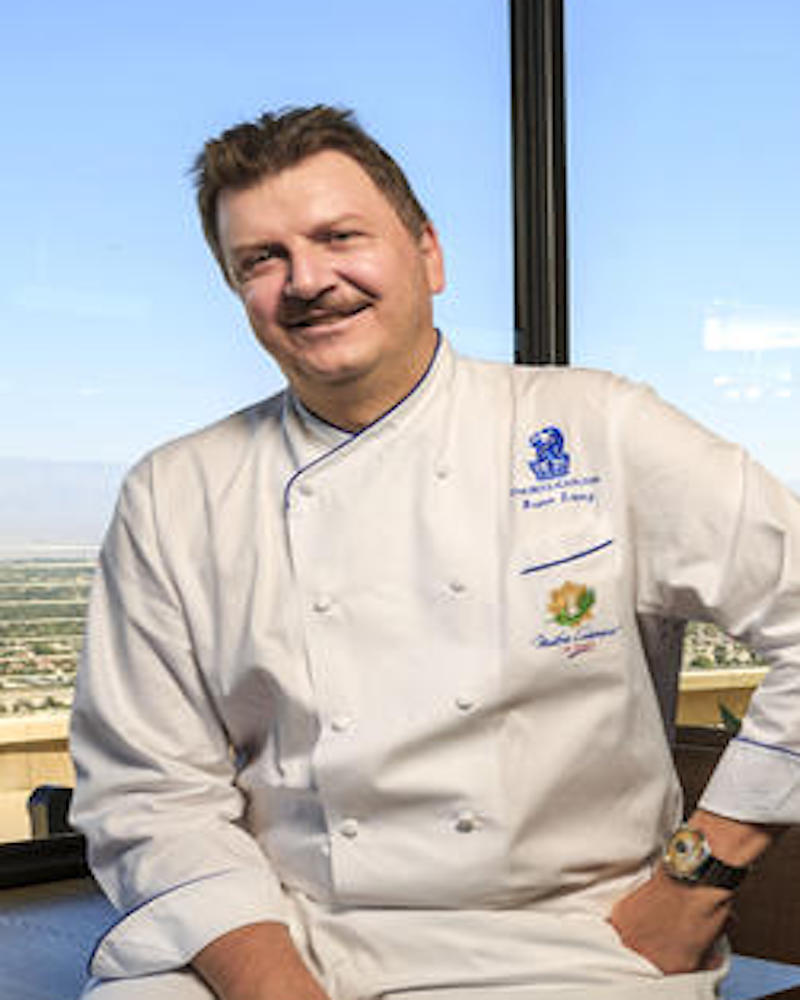 After graduating from high school, Lopez trained at the Ferrandi School in Paris and apprenticed at L’Espadon, a Michelin one-star restaurant at Hotel Ritz in Paris. Honing his culinary skills in France in such places as Versailles for 3 years and South America during his Military Time, he decided to take his talent to San Francisco where he joined the Le Meridien Hotel as Chef de Cuisine at Pierre Restaurant. Following his tenure at Le Meridien, Lopez joined The Ritz-Carlton, San Francisco as Executive Sous Chef. He remained with Ritz-Carlton for 10 years as executive chef in Marina del Rey, Dubai, and Half Moon Bay. Prior to joining the Bel-Air, Lopez’s culinary experience included positions as the Executive Chef at Raffles L’Ermitage Hotel in Beverly Hills and the Regent Beverly Wilshire.

Lopez joined Executive Chef Dodd as Chef de Cuisine in The Restaurant at the Bel-Air in February 2005. Together they focused on showcasing the unique culinary offerings of California, including fresh seasonal vegetables, meats and cheeses, which are signature ingredients at The Restaurant at Hotel Bel-Air.

Through this experimental culinary outlet, he provides a canvas for creativity with daily-changing menus inspired by time and temperature (hence T&T). Smith values celebrating the raw talent of both new and longstanding chefs who contribute a unique recipe each day. “T&T disrupts traditional notions of what a hotel restaurant should be,” he says. “We are pleased to bring a new level of culinary engagement to the Coachella Valley.”

Originally from Queensland, Australia, Smith graduated in economics from University of Queensland and considered pursuing a career in finance. When this financial path did not satisfy his creative edge, he moved to the culinary arts by attending Windermere Culinary College. Smith worked at Bathers Pavilion Restaurant in Sydney, Australia, under the tutelage of Chef Serge Dansereau, one of Australia’s premier chefs. After concluding his four-year apprenticeship, Smith received the opportunity to travel to London and Bangkok to fine-tune his culinary repertoire and broaden his international flavor profiles.

Presented with the opportunity to work at the Renaissance Harbor Side Hotel, he relocated to Vancouver, Canada. There, Smith took full advantage of the local food competitions where he won gold medals in the British Columbia Chefs Association Culinary Competition in 2005 and back-to-back medals in Grand Culinary Salon from 2005 to 2007.

In 2007, Smith moved to the U.S. and worked at some of JW Marriott’s premier resorts in Southern California and Texas. He held a leading role in the much-anticipated launch of the JW Marriott Hill Country Resort and Spa in Texas, landing him the honor of being the JW Marriott International Rising Star Chef of 2010. During his tenure there, Smith became one of the top 5 finalist for Best Chef in Texas by GO TEXAN 20. Among other competitions, Smith won the San Antonio Iron Chef Challenge in 2011and most recently won the grand champion titles two years in a row at the California Artisan Cheese Chef’s Grand Tasting event in 2012 and 2013.

In 2014, Peter jumped at the opportunity to flex his culinary creativity on a global level and accepted a position as the director of culinary for global operations at JW Marriott’s headquarters in Bethesda, MA. In this role, Peter oversaw the design and development of the culinary program for JW Marriott’s many new brands. Moving to California in 2017, Peter accepted the position as executive chef at the JW Marriott Desert Springs Spa & Resort in Palm Desert, CA. Most recently, Smith has been awarded Rancho Mirage Chef of the Fest (2019). In his free time, he enjoys exploring the surrounding outdoor lifestyle California has to offer. 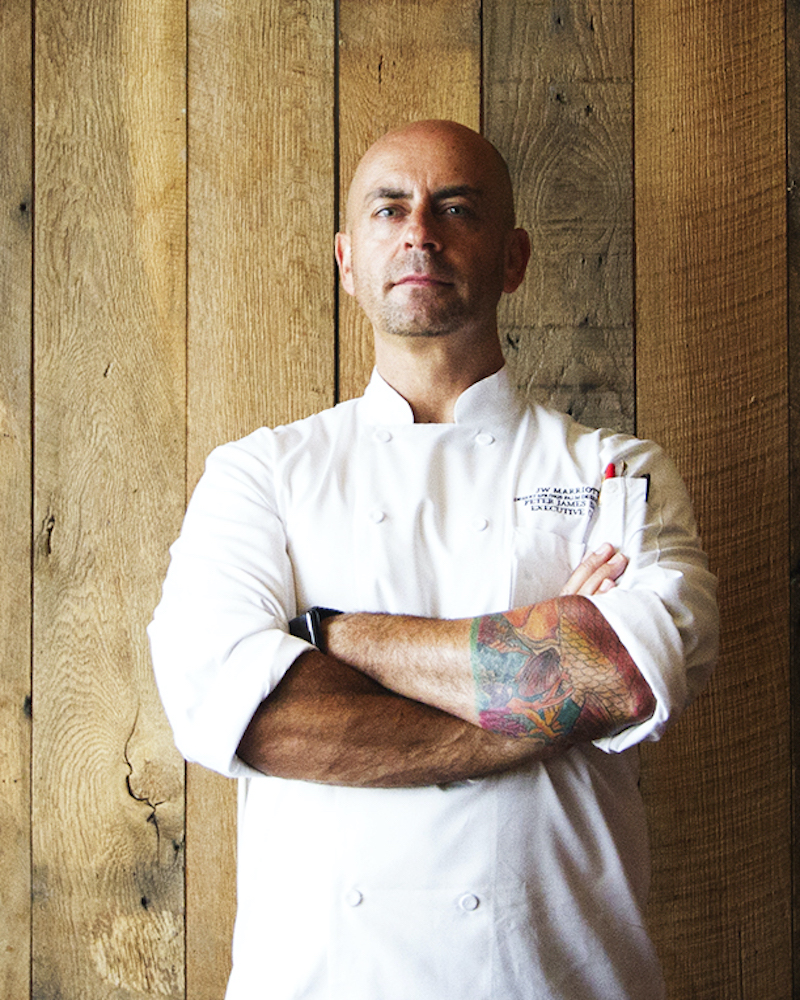 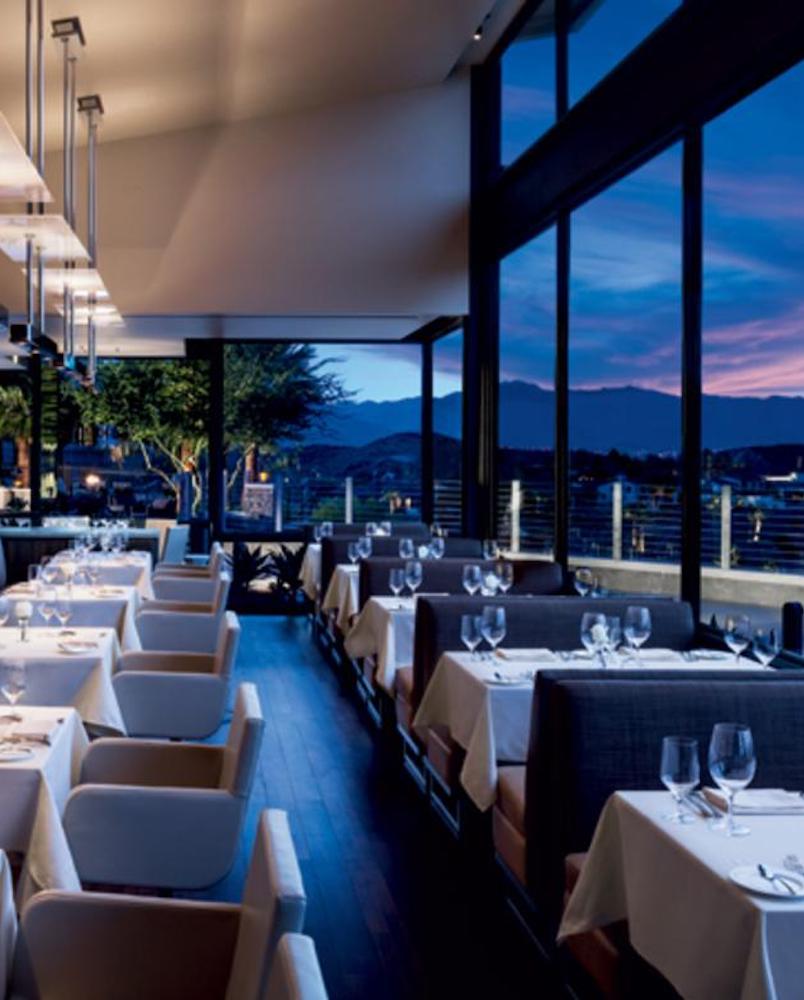 Fueled by his Mother’s traditional Peruvian cooking, Jorge Martinez discovered a love for cooking in high school.  Prior to graduating, he enrolled at Le Cordon Blue Culinary School in Miami. While in culinary school, he furthered his career goals by working at TATU Asian Bar & Grill, a high volume restaurant in Ft. Lauderdale’s Hard Rock Casino.

Jorge then obtained a position as Cook 1 of Garde Manger and Club Level at The Ritz-Carlton, Sarasota.  Within three months, his banquet Chef realized Jorge was showing great potential and gave him the opportunity to manage both departments.

When he discovered a new Ritz-Carlton property was going to open in Rancho Mirage, California, he seized the opportunity to be a part of the groundbreaking of a new hotel, as well as the chance to expand his possibilities with diverse types of cuisine.  Jorge was the Chef de Partie of Banquets, employee dining room and the pool for a year and a half. He is now the Chef de Cuisine of the State Fare restaurant and has been since December 2015.

James, a San Diego Native has been ever evolving his relationship with food since his adolescence. From creating food for the San Diego Chargers(now L.A.) to the bright lights at Las Vegas Palazzo onto multiple properties with world renown Kimpton hotels, He brings a vast artillery of kitchen skills. James prides himself on his passion for flavor and his love for sharing his life’s growth transformed into food with a smile. 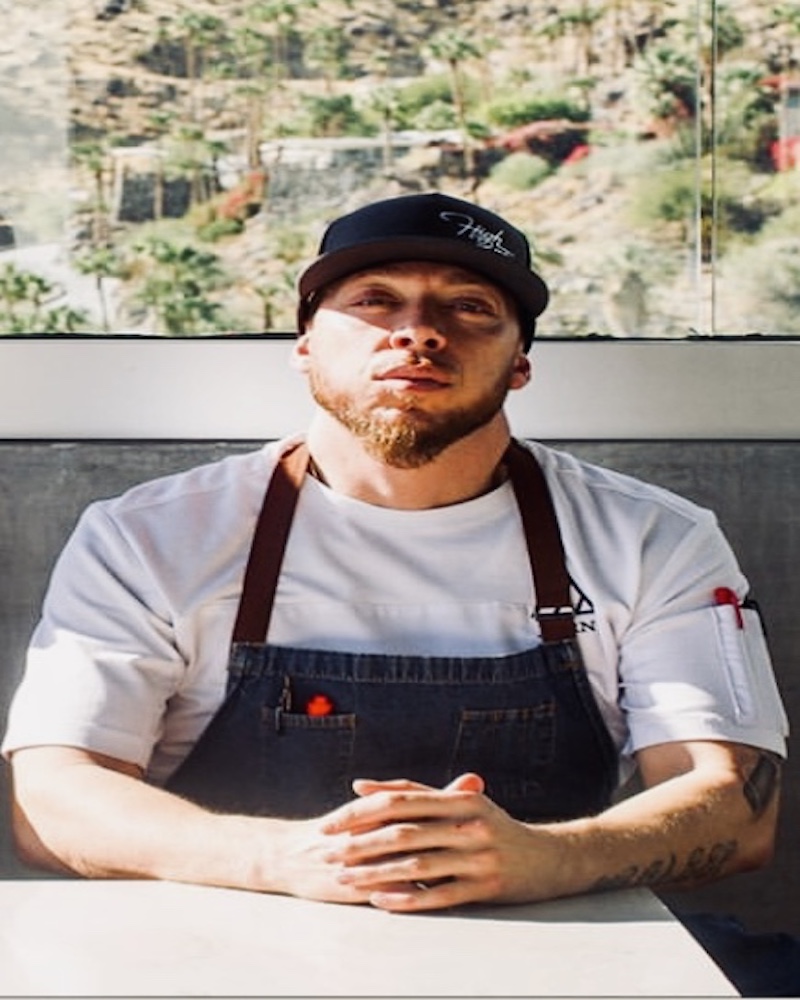 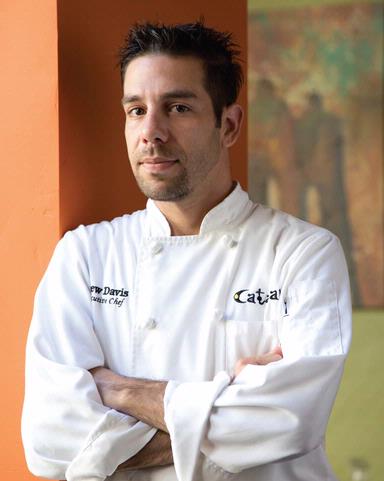 Born in Los Angeles, Drew Davis knew at a young age that he had a true passion for food. During his teenage years, Drew works at numerous food establishments that become the foundation of his true life’s calling. Filled with high expectations for the future, Drew recognizes the need to refine his craft.

After a position in the catering department at Dean & Deluca in Kansas City, Drew moves on to New World Bistro, awarded Kansas City’s Best New Restaurant of 1999. Not satisfied with his early achievements, Drew works tirelessly on learning every possible aspect of the restaurant business attending the Culinary Institute of America Hyde Park, N.Y.resulting in prominent job opportunities in Florida and the Mid-West.

When the prospect arose to be part of James Beard award winning chefs, Michael Smith and Debbie Gold’s Kansas City venture, 40 Sardines, Drew takes his good fortune and helps launch it in 2001 to instant success.

Over the course of 9 years, Drew works his way up to become the Executive Sous-Chef at the prominent East Hampton, N.Y. powerhouse Nick and Toni’s restaurant for Celebrity Chef & friend Joseph Realmuto. While in the Hamptons he annually participates in the Great Chef’s Dinner, a Foundation for Jeff’s Kitchen working alongside Jonathan Waxman, Eric Ripert and Alfred Portale. While in California Drew works as a private Chef for several prominent celebrities in the entertainment industry. Finally settling in the beautiful Coachella Valley with the opening of “Catalan Mediterranean Cuisine” in Rancho Mirage.